Russia’s Football Federation took a stand against kit manufacturer Adidas before the national team’s penultimate European Championship qualifying match against Belgium, by refusing to wear the new kit which Adidas had designed for the Finals of the competition in 2020. The Federation complained that the new design showed the Russian flag upside-down, which they considered an insult. But perhaps what they should be questioning in the first place is the colour of the shirt and its political origins. 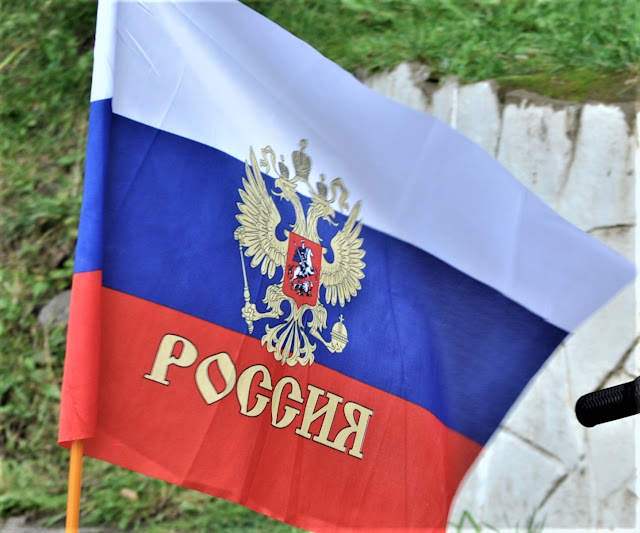 Football kits represent big business for their manufacturers. There’s great competition between manufacturers to obtain contracts to supply the kits for the leading club sides and also for national teams. The manufacturers pay huge sums to the clubs or national associations to have them wear their kits; because they know that they will make far more than that in sales of the replica kits to fans, with easily mass-produced shirts selling for fifty or sixty pounds. National shirts produced for the World Cup or the European Championships are particularly lucrative.

So have Adidas scored an own goal with the shirt which they designed for the Russian team to wear at Euro 2020, and which was supposed to be unveiled for Russia’s last two qualifying matches? Designers tweak the basic look of a shirt in the knowledge that the fans will buy the latest one. Adidas hit on the idea of incorporating Russia’s white-blue-red tricolour into the new shirt, by adding a blue and a white stripe to the sleeve of the red shirt. But this meant that to keep the order of the colours on the flag, where white is at the top and red at the bottom, the stripes would appear in reverse order, as the sleeve is red.

The Russian Football Federation deemed this to be an insult to the national flag, and the team turned out for the match against Belgium in St Petersburg on 16 November wearing the kit which Adidas had designed for the 2018 World Cup, which was basically red shirt, white shorts and red socks. In a vain attempt to justify the new kit, the Russian trainer, Stanislav Cherchesov, had said that, ‘When fans support the team by clapping with their arms in the air, you’ll be able to see the Russian flag on the sleeves.’ The Federation and some fans didn’t buy that.

But if the Russian Federation wants the national kit to reflect the flag they may like to ask themselves why the team is wearing red shirts in the first place; or whether the red, white and red combination of shirt, shorts and socks isn’t reminiscent of someone else’s kit.

After the collapse of the Soviet Union in 1991, 15 new teams, from the 15 former republics of the USSR, applied for membership of the International Football Federation, FIFA. Each republic had to design a new look football kit, and these tended to reflect the national flag of each country. Russia was no exception. At the Euro 96 tournament in England, for example, Russia’s kit was white shirt, blue shorts, red socks, reflecting exactly the national flag.

But after Vladimir Putin became President in 2000, he started to turn the clock back to Soviet times. The tune of the old Soviet national anthem replaced the music of Mussorgsky which had been adopted in the 1990s. The name of Stalin began to be rehabilitated; the millions of Soviet citizens who had been incarcerated or murdered for no reason were carefully put to one side. In 2005, Putin declared that the collapse of the Soviet Union had been ‘the greatest geopolitical catastrophe of the twentieth century’, which some saw as not only insulting to those millions of innocent Soviet citizens who had perished under Stalin, but also deeply offensive to the memory of the victims of the Holocaust and the estimated 27 million Soviet citizens who died in the Second World War.

And in 2008, the Russian national football team, until then wearing the white shirt which reflected the top colour of the flag changed its shirt to…red: the colour worn by the USSR, reflecting the red flag of socialism. Apart from a twenty-first century twist to the design of the Russian 2018 World Cup kit, the only major difference from the kit worn by the USSR team at, say, the 1986 World Cup was that the letters ‘CCCP’ (USSR in the Cyrillic alphabet) no longer appear.

So when the Russian Football Federation and fans become precious about whether or not the flag is upside-down on the sleeves of their football shirts, they might like to ponder whether, in fact, it isn’t their history which is upside-down. Returning to a former ‘national colour’ after throwing off the repressive Soviet system seems, as Lenin himself might have said, ‘one step forwards, two steps backwards.’